The PS4 is a very popular gaming console among gamers. But it is plagued with noise issues since its release in November 2013. Many experts believe that the heat dissipation system of the PS4 is not good enough. The positioning of the vents and the size of the fans are not sufficient enough to properly cool the console without overworking them.

Many PS4 users reported excessive noise coming out of their system while gaming. Many users also reported the noise issue when the console was on idle. This can happen for a number of reasons. Luckily, there are many ways to solve the issue as well. You can solve the problem either by opening the console or without opening it.

In this article, we will discuss 8 reasons why PS4 fans are so loud and how to fix them. We will also discuss how to clean the PS4.

Reasons For PS4 Fan To Be Loud

As mentioned above, the PS4 has a weak thermal design. But your PS4 fans can run very loud because of having other issues as well. The main reasons for the loud fan noise of your PS4 are:

Another Topic : How to Open a Soda Can Quietly?

If your PS4 is still covered by the warranty and you don’t want to void it, then follow the steps below:

How To Fix The Loud Fan Of PS4 by Opening It

If the warranty on your PS4 has expired and you have good technical skills, then try out the methods below:

The PS4 generally makes loud noises when it overheats. Use a dust filter in order to prevent the overheating caused by dust accumulation. If your room has to air-condition, then keep the PS4 under the air conditioner in order to stop it from overheating.

Do not attempt to open up the console for solving the loud fan issue if you do not have good technical skills. And always make sure to unplug the console while performing any type of repairs or upgrades on it. If you are not able to open the console or assemble it, seek the help of professionals. Do not leave any ribbon cables unplugged and also do not leave any exposed wires. 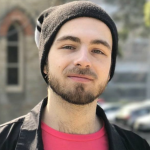 I am Adam Houdge, My journey to helping other peoples to have peaceful lives began. With our experience in soundproofing, we recommended tips & techniques that are affordable and easy to install. Read through our tips and techniques, apply them & Say Goodbye to Noises.

This site is to help with appropriate information and DIY guide. If you would like to know about “Soundproof Guru” so press the learn more button